Dave Hughes founded Novosound as the first spin-out from the University of the West of Scotland in April 2018. With successful funding competitions under its belt including Converge Challenge and Scottish EDGE the company also raised £1.5m in seed capital.

What does your company do?
Novosound pushes the limits of ultrasound imaging and measurement by exploiting Thin Film Technology in current and untapped markets. 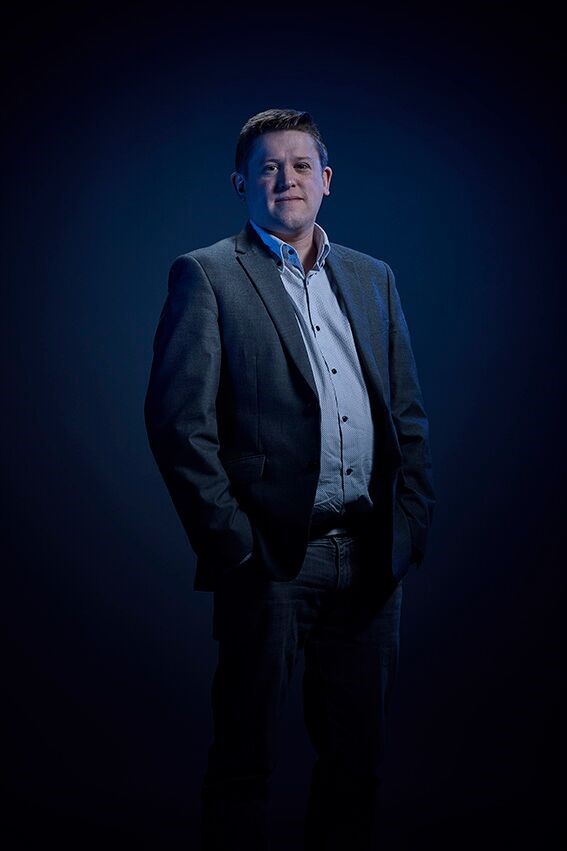 What do you do there / what is your role?
I am the founder and Chief Technical Officer of the company.

If you started the company, what was the aha moment that led to the company founding?
When we realised that we had a technology that could revolutionise ultrasound imaging in hospitals, we knew we had to get it out there.

Why did you launch the company (if appropriate)?
Novosound is the first spin-out from the University of the West of Scotland. I spun out the company to allow the research that I was doing to get out there into the real world and have important impact.

Where did you get assistance when you started?
Our initial assistance came from Scottish Enterprise’s High Growth Spin-Out project fund. This allows us to prototype, de-risk and raise investment. We also gained a lot of support from the various networks in Scotland including Converge Challenge (we were the 2017 winners), EI, FutureX, and Scottish Edge.

Give us a brief history of the growth of the company
Novosound started in 2016 when I met Richard Cooper (ex-Cascade Technologies). I had just started the Scottish Enterprise project and required a Commercial Champion. This is someone who can help an academic, like myself at the time, to form a business idea and model then raise funding. We opened our Seed investment round in February 2018, closing 6 weeks later raising double our ask bt raising £1.5m. Six weeks later from spin-out, we received our first batch of purchase orders for probes, with these being shipped six weeks later.

Have you taken any external funding? If so from who and when?
We are funded by a large Angel Syndicated deal. Our lead investors are Par Equity and Kelvin Capital, with Gabriel, EOS, and Investing Woman involved too. SIB is also a shareholder.

So what does it look like now with regard to staff and turnover?
We are a team of 11 and expect to double by the end of our financial year. We expect rapid growth as a number of projects kick off and demand for our probes increases and projected revenues of  for 2018 is £400k.

What’s the difference between when you started and now in your marketplace?
We are still trying to understand how our marketplace works. We are only 3 months old as a company

What is your target market –  Who is buying your product / service?
Currently, we are selling into the industrial Non-Destructive Testing (NDT) marketplace, with a focus on the semiconductor acoustic microscopy segment. Here, companies require high resolution ultrasound probes for checking the quality of integrated circuit packaging. Our other market focus for our big projects are in Oil and Gas, Agriculture and Dental. It’s more or less the same technology, just packaged differently!

What are your goals for your business?
We aim to be the world leader in thin film ultrasound probes for imaging and measurement. We aim to grow a company of scale in Scotland and produce exciting technology that solves real world problems for our customers while returning value to our shareholders.

What are your biggest current challenges?
In the industrial NDT space, there is a lot of inertia that needs to be overcome. We are trying to launch a new technology that could replace 40-year old standard tech. Our initial customers are key to demonstrating the value and promise of the tech while removing the risk of smoke-and-mirrors.

What do you do outside work?
Away from work, I listen and play a lot of music in bands with friends, mostly rock’n’roll and punk rock. Going to, and organising, a loud, sweaty DIY gig is the perfect antidote to the stresses of a start-up. Plus, booking bands and running DIY gigs has taught me a lot about business and selling in the run-up to starting Novosound. And when that gets too much, you’ll find me out walking hills with my dog.

What do you know now that you wished you had known earlier?
Every day is a school day and I’m constantly learning, I don’t think that will ever end.

What’s the secret to good leadership?
I’d say that a good leader must have passion for what they are doing, and they have to believe in what the technology has the ability to do rather than what it can do right now. From this, a strong culture and healthy team dynamics grow as the team feeds off the leadership.

Where do you see the company in five years?
In five years, we aim to be one of the success stories of the Scottish start-up business with a sizeable team, revenues and a multitude of great ultrasound technology out in the world.

How can the Scottish startup/entrepreneur landscape be improved to help more businesses start up and grow?
The Scottish ecosystem for start-ups is great at the moment, it’s kind of hard to say where it could be improved. I think that the key to this is not so much the money that’s around, but there’s the communication and networking that occurs. Scotland is a small place and there’s very few barriers to being able to speak to the correct people for your idea.